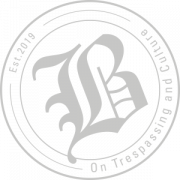 Welcome to the second issue of Boulevard – On Trespassing and Culture.

They – mostly burned out rock stars – have claimed that the second album was the hardest to conceive. Looks like we finally managed. Although we’re mostly in the compilation business, we’ve tried hard to push the original content slice forward: for our TALK-section we have conducted a good amount of actual talk with selected heretics of unauthorized public art. For this reason we also revoked our self-scheduled release order and preponed INSTITUTION(alization), which fits these talks so well. FORM is not cancelled, but will be next.

The topic of institutionalization is an all-pervasive promise and threat, impossible to ignore and to not ignore at the same time. We should have started with philosophical definitions on what even defines and constitutes an institution in the first place. Skip that, there should be some hints to gather throughout this issue, and for the rest, well, we are still a specialized niche endeavour. So what means institutionalization in and to that very niche? Many things – one of which penetrates your perception right now. In most cases, talk about the topic unavoidably refers to the established institutions of society at large, like museums, academic bodies (to avoid the i-word again), but also the institution (in a different sense) of capitalist commodification.
All-overshadowing here remains of course the ever-present never-solved questions surrounding these particularly ‘Dangerous Liaisons: Graffiti in da Museum’1. This our issue aims to bring you texts and talks by and with some of the most distinguished or daring curators, critics, cultural mediators and chief theoreticians at the forefront(s) of the field, that are not so easy to come by.

Upscaling the proportion of original voices, we took good care to accompany the printed gallery that our CASES-section represents with some additional written testimonies from the featured artists themselves. It adds to the enjoyment of these extraordinary works to read a few thoughts by the individuals behind the work or a source close to them.
These days we’ve hung at home a little more than usual, which could seem beneficial to editors and writers like us, but somehow it’s not been exactly and unequivocally that. However, there are activities which get much more affected, so no complaints here.
We have to express our gratitude to everyone who, in one way or another, has enabled us to put this issue together. There are, first and foremost, the original authors, artists and interview partners who contributed with texts, talks or artwork, or gave permission to use their historic contributions. Moreover we thank those wo/men-in-the-middle, who helped with information on interesting content or generously let us use their intellectual property. Artist Eginhartz Kanter, for example, pointed us at the existence of Patrick Hagopian’s ‘Reading the Indecipherable’, film maker Matt McCormick let us use a number of stills from his legendary ‘The Subconscious Art of Graffiti Removal’. Greek artist Ino provided some photo material, despite his awareness of the scrutinizing nature of Orestis Pangalos’ article which to illustrate we had it asked for. If the (openly communicated) tendency was not lost on him (or his manager), this gesture certainly makes for a good example of openness to debate. One of the very things we stand (and fall) for

As announced there, we have conducted interesting intellectual and artistic interactions under the banner of ‘Transgression-Workshop’ at ‘KR19 Urban Art Festival’ in September 2019 at Campus Attisholz, the very institution who generously funded (and thereby initiated) our first issue. At KR19, we recommended and introduced a number of artists, and met an equal deal of new ones.
The exchange encompassed Steffen Mischke, Dunja Janković, Boris Hoppek, Troy ‘Other’ Lovegates, Aris, Gaspard Louane, Gigo Propaganda, Werne Feller and Corso Bertozzi, just to name a few. Extremely entertaining and profound conversations went down, when these artists and experts met and exchanged with the whole team of Boulevard in the improvised kitchen. We are happy to have had our hand in bringing them together and equally grateful for having been introduced to those we didn’t know yet. With Dunja Janković and Emanuel Roth, we stumbled over not only one but two artists there who had something fitting at hand for this issue. Together with film-maker Stefan Pohl (stefanpohlfilm.de), director of ‘Hello my name is – German Graffiti’, we accompanied Gigo Propaganda at KR19 for a challenging conversation about next-level forms of layering, to be uploaded on our website some day. […]

Much talk has been lately of the stifling dangers and necessary rejection of identitarianism and so called ‘political correctness’, obsessed with superficial notions and demands of proportional representation, stetting out to obstructing imagination, intelligence, irony, ambiguity and ultimately interesting art and any idea of universalist human equality itself. At least in some circles.

Thus, it feels strange to come across an artwork that technically should be the flood of a wet dream to any adherent of these phenomena under scrutiny – and not be able to straightforward reject it. Painted in 2012 and in place until recently, ‘Threesome’ by Boris Hoppek, Miss Van and Rimon Guimarães was strangely ahead of its time. Despite its excessive thematic carnival of cultures, genders and races, which only mirrors the overdose of diversity on the side of the artists with Hoppek being a so-called street-artist, Guimarães a blatant muralist and Miss Van a legendary graffiti vandal and Xplicit GrafX-cover girl, it sums up effortlessly just what is it that makes real street art today so different, so appealing:

Painted in a time of zero-tolerance and harsh measures against illicit street painting, it was done deliberately without permission: “…we made a clear signal that we don’t feel that we do wrong by parking the car in front of the wall, having all the stuff on the street and playing music, all the day”, says Hoppek. Although (or because?) the piece obviously aims at promoting interracial intercourse and pokes fun at puritanical morals, the observer feels in no way offended – almost as if any kind of patronizing zealotism were miraculously absent.

Quite unusual for an ego-driven art-world, their superiority of skill shows exactly where they don’t aim to dominate their collaborators, but work together for the greater good. Here we see ‘identities’ intersecting for real for once, getting all friendly, waiting for the rainbow to rise. 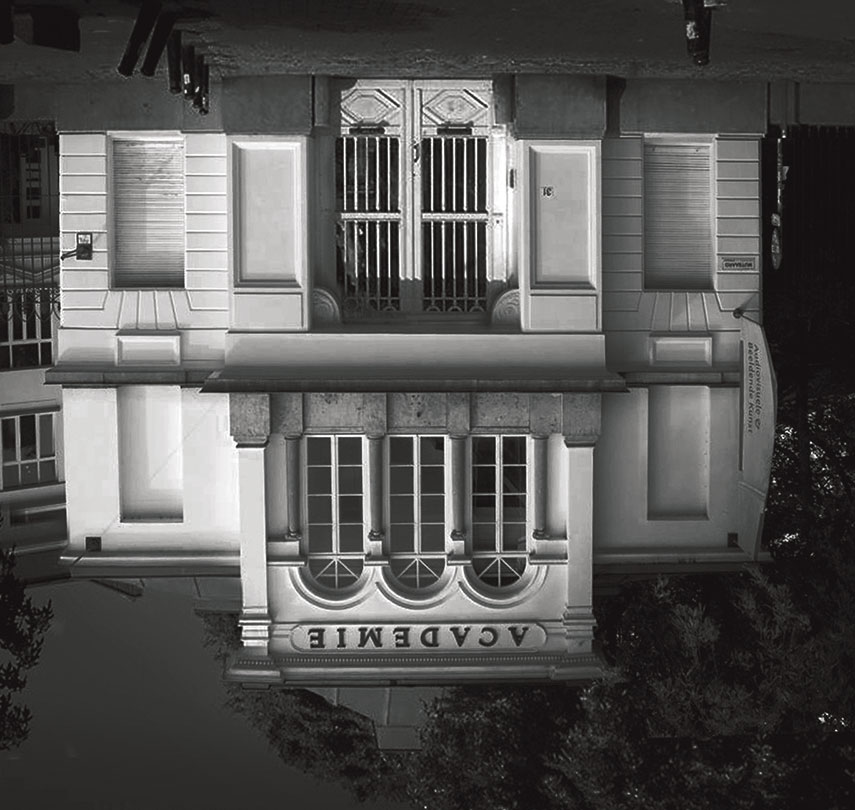 How do you integrate subcultural strategies into contemporary art education, Ben Brohanszky?

Ben Brohanszky is a subcultural researcher and artist-educator at the Koninklijke Academie voor Schone Kunsten van Antwerpen.
[RK] Ben, we first got to know you as the author of the brilliant and original but hard to find book ‘Delete Elite: Poetical Tendencies in Graffiti Art’ – can you introduce in a little more detail?
[Ben Brohanszky] I am an intermedia artist working on different fields. My practice consists of tactical strategies, performative actions, subjective analysis. Objects, interventions, publications are in my repertoire, always with conceptual approach and anti-art attitude. I already burned my diploma. […]

A conversation with curators Katia Hermann and Pietro Rivasi

[…] [B] So there’s this distinction between documentation and studio artworks…
[KH] It depends. There are some writers who produce studio works using documentary photographs, under a different name.  We also have ideas to include other presentation modes. ‘Berlin:Writing Graffiti’ was pretty classical.
[B] Classical in the sense of proper historical exhibitions, but certainly not that classical looking at the history of ‘graffiti art’ display.
[KH] Yes, this is kind of weird. To tell about the history of this public visual culture in a show it obviously makes more sense to work with archives by writers and photographers. With works on canvasses it’s pretty difficult, cause just a few paint on canvas, so in the end it will be a show about the studio practice of some – maybe even inactive – writers. Style-wise, writing develops outdoors anyway. […] 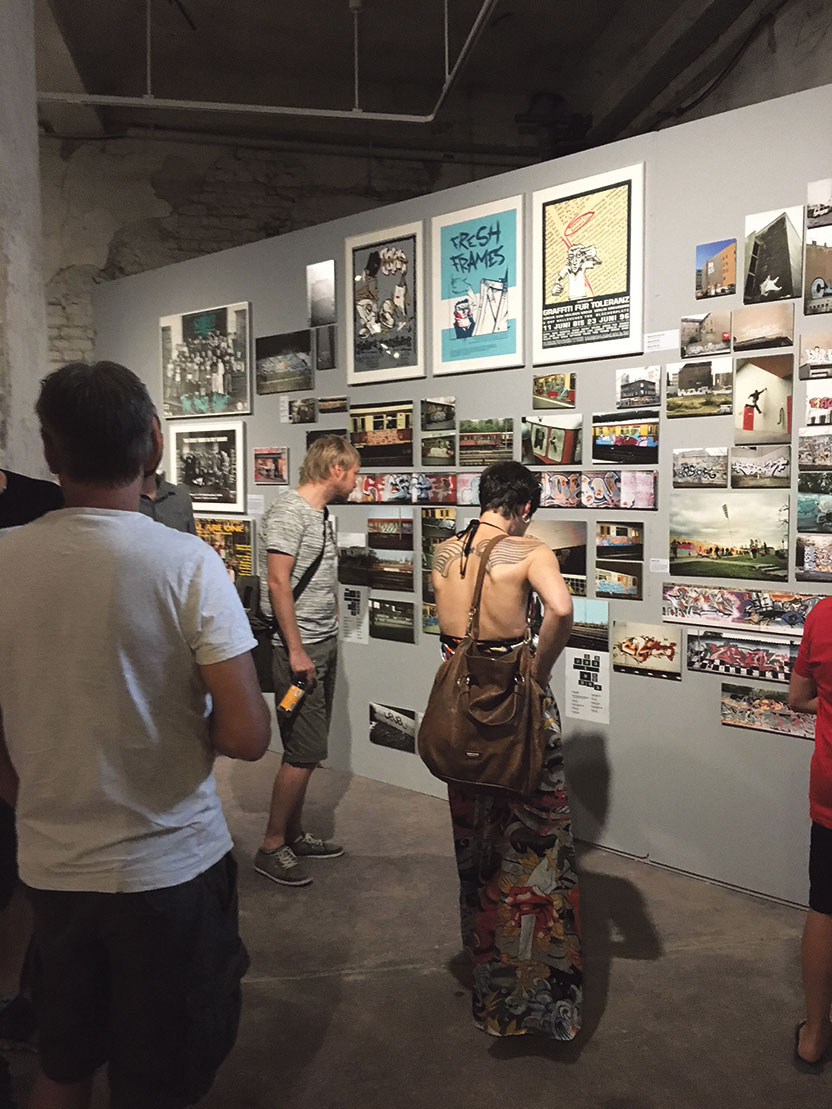 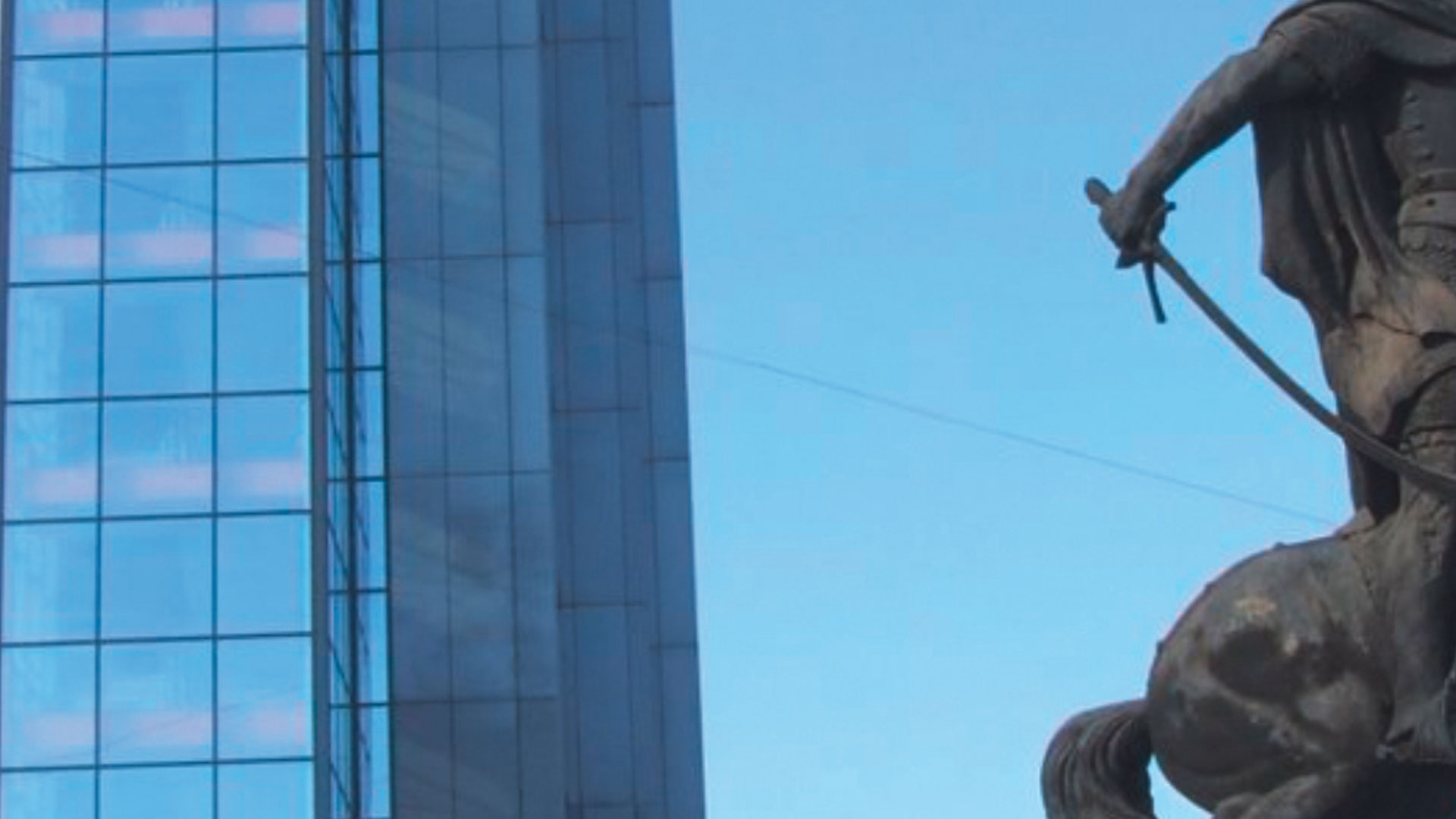 Between Vandalism and Appreciation

[…] Commissioned art’ generally refers to an artistic practice that takes a standpoint on behalf of governments and their institutions and propagates a message at a symbolic level to nourish the public discourse. The commissioners are therefore the first to claim an interpretation of the work – which then finds a resonance with the public that oscillates between overvaluation and overlooked. In this way, the initiators also use the object in question as a guiding principle; in addition, there is also talk of ‘art as an organizing principle’. There is no denying that the educational and educational intentions of the government often dominate.

In the Netherlands, for example, art commissioned by the government has to make the citizen ‘better’. In Skopje, the capital of Macedonia, as we saw during the study trip, the city places images in the public space in order to spread power. The dominant presence of the images left almost no room for the inhabitants of the city.[…]

CRISIS
WHAT CRISIS / NO RESPECT

This year (2014) in Attica (the Athens broader metropolitan area), for a period extending a bit more than six months, two art events were taking place. Their topic was what could generally be described as street art and/or graffiti. The first one was organised by the Athens Street Art Festival (ASAF) in co-operation with the Municipality of Nikaia-Rentis and the Athens School of Fine Arts, it was titled Crisis? What crisis? and included live painting on canvas outside a mall at Spata (happening every Saturday), large mural interventions on school buildings painted by artists from Athens and Switzerland, as well as a gallery exhibition featuring two artists from France and one from Spain. The second one was titled No Respect, organised by the Onassis Cultural Centre (OCC), of the Onassis Foundation. This event happened at the Foundation’s building located at Syggrou Avenue. It was mainly an exhibition with paintings on the foundation’s exhibition hall walls and on three vehicles parked inside it, but it also included a large scale mural on the building’s exterior. Additionally, it included a day-long conference in the auditorium. While in both ASAF and OCC the topic was graffiti and street art, the following text’s aim is not so much a critique of the works, but mostly a critical approach to the framework of these and other related events, which face certain paradoxes and contradictions due to their subject’s nature. For an understanding of any cultural phenomenon that can be described as subcultural or countercultural, the corresponding social context should be examined in depth. […] 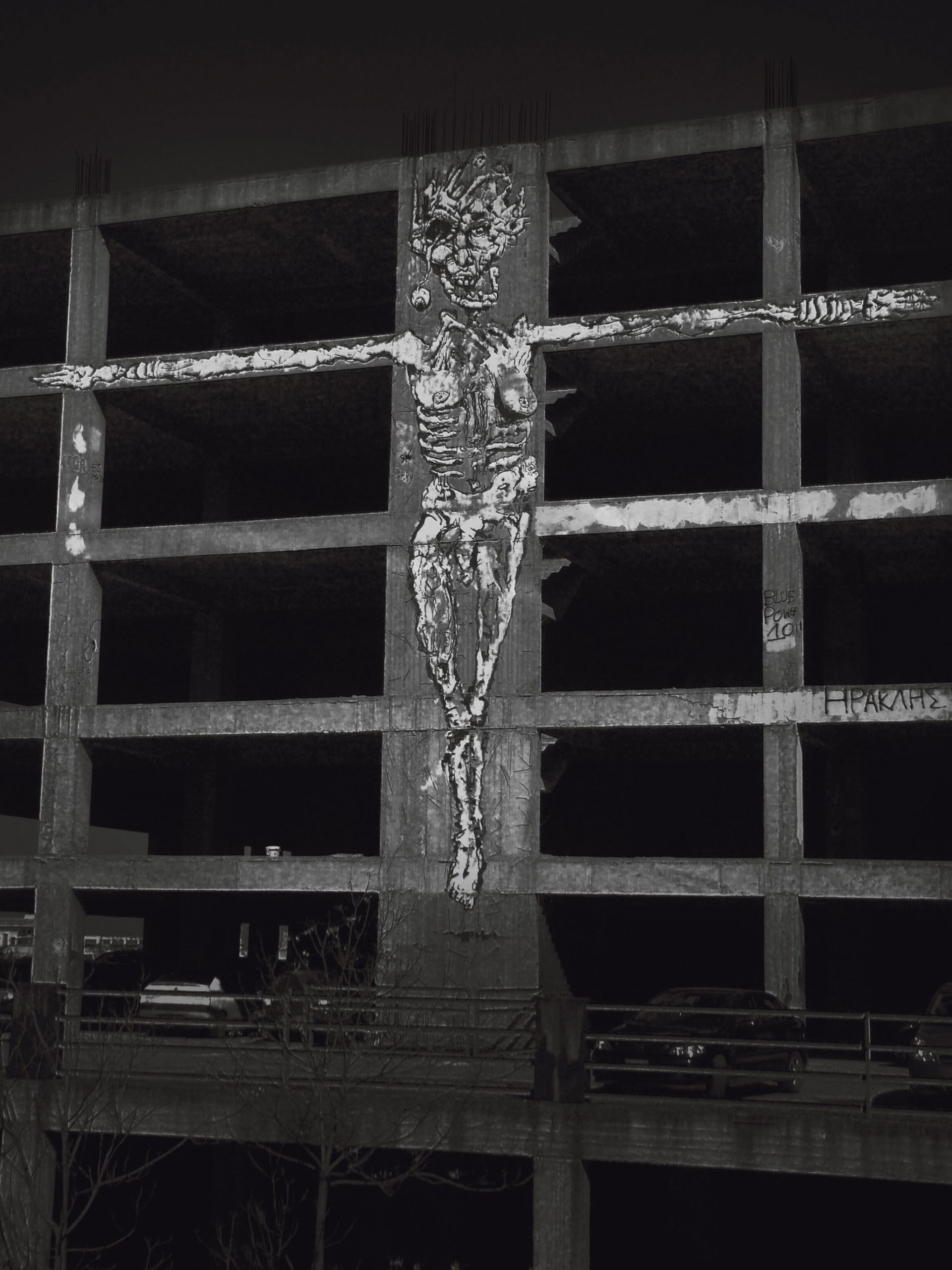 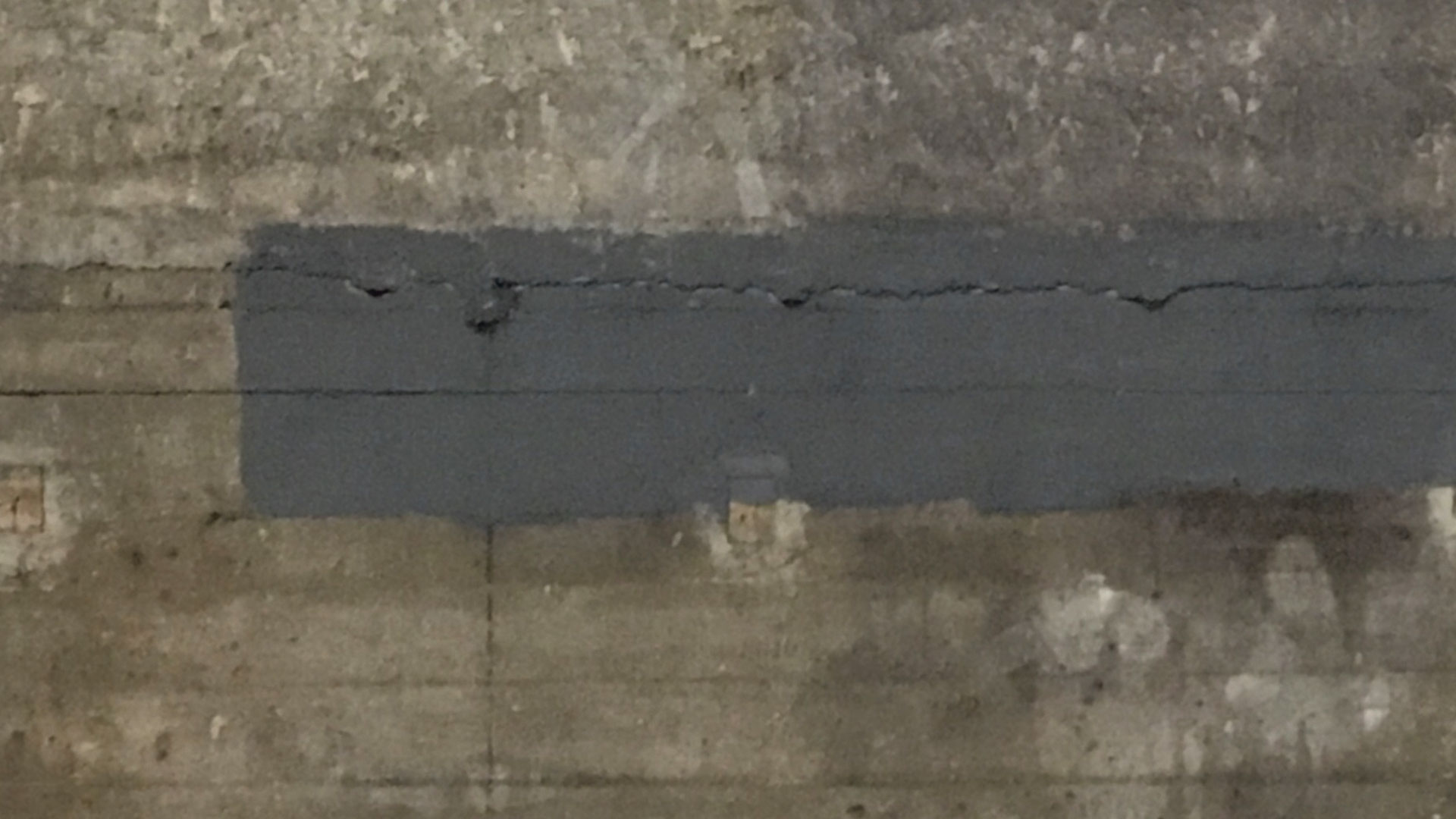 […]At first the interest in presenting artifacts came from agents, as for instance in the Razor Gallery, Soho, in 1973, where several New York writers exhibited canvasses and offered them for sale. In the 1980ies in New York City and European cities the prices seemed to be adequate to the efforts of the writers. But the artifacts were imitations, souvenirs or derivates, and not real artifacts as tags and pieces in public space. It seems to be impossible to transfer these from outward to inward space. […]

[…] The momenta of illegality and bondage to the context in the execution and the artifacts are not solved by this, however. The institutions musea and galleries can adapt themselves by developing constructs which re/present the phenomenon urban art in a suitable manner. […] 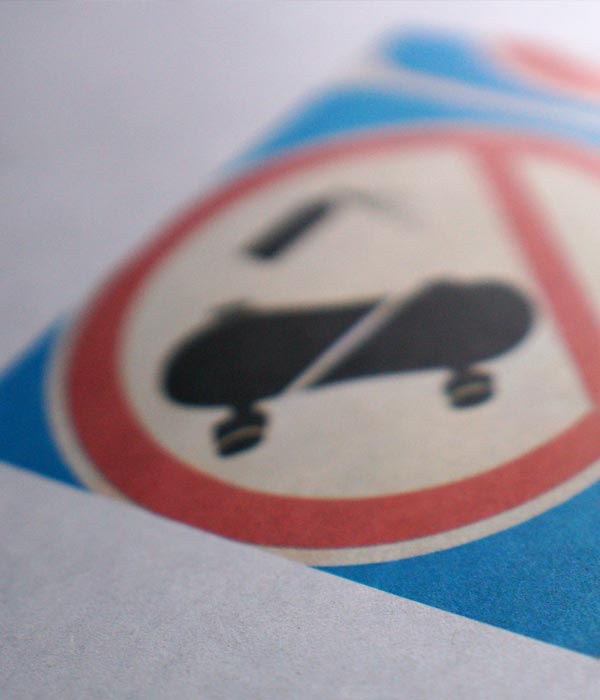 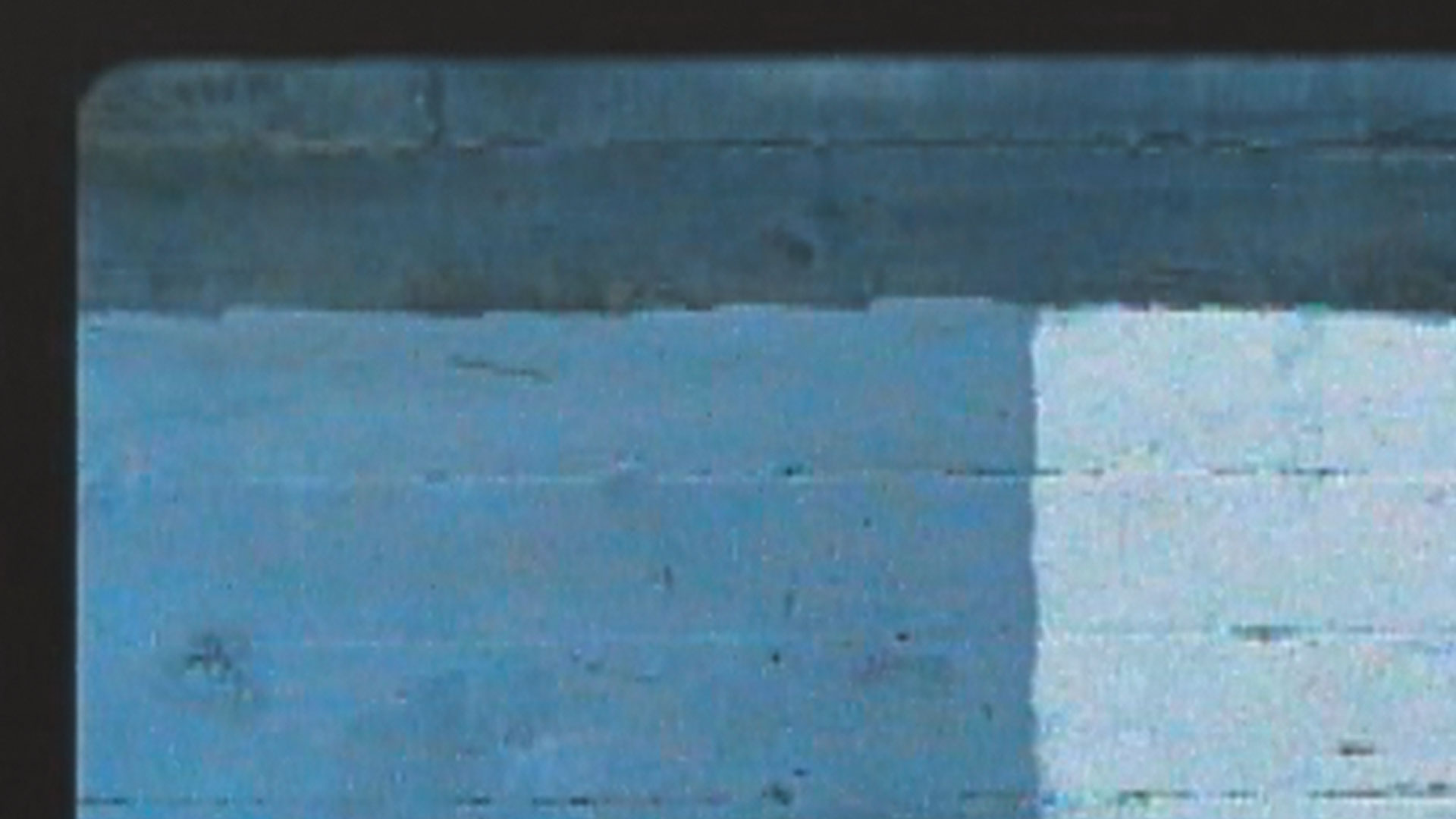 Graffiti as version and subversion

Practices of cultural re-regulation and the possibility of graffiti research

[…] As publicly visible signs, graffiti are interwoven with questions of aesthetics. This refers both to artistic appreciation and, in general, to the meaningful perception of graffiti signs. The focus is not on semantic messages – graffiti texts are often difficult to decipher, not only for those who are not familiar with the subject – but rather on types of design. Images and fonts appear as stylizations that can be analyzed in terms of individual elements and strategies of representation such as typography. […]

[…] One of graffiti’s most threatening qualities was its refiguration of the cityscape in an obscure idiom: “graffiti … makes you scared [because] we do not ever see who writes HURK and SONY. The ‘artist’ is a sneak thief, and just as he attacks his ‘canvas’ suddenly, his work attacks you … […] 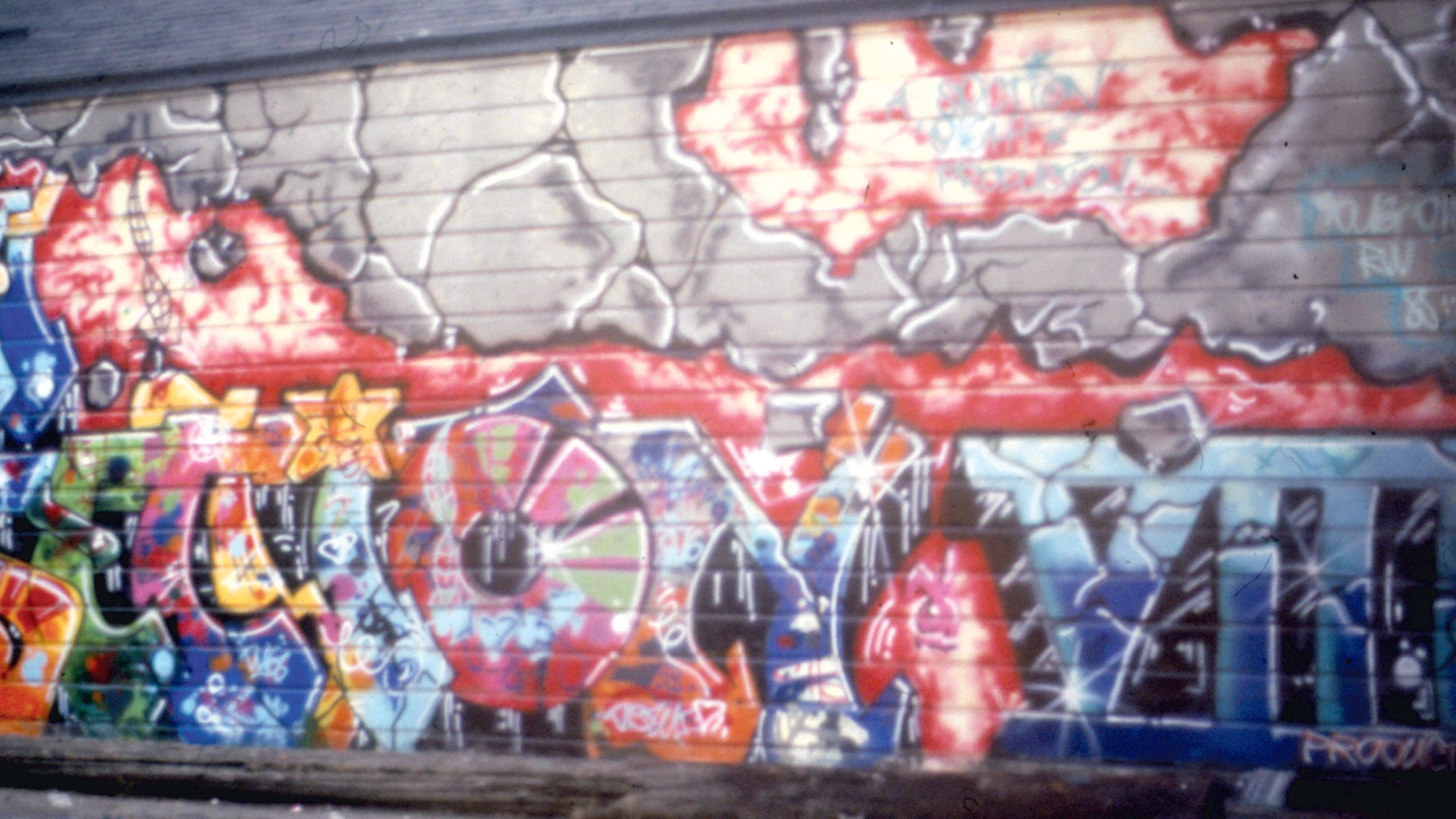 Boulevard
On Trespassing And Culture 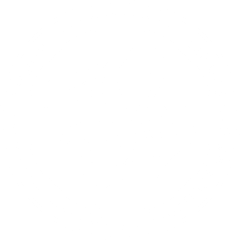